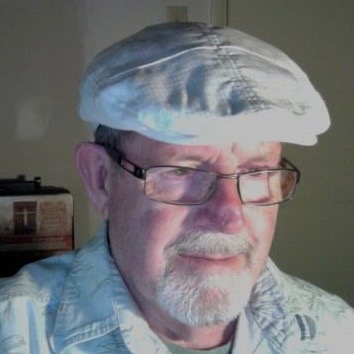 James Richard Coy passed away surrounded by family on Monday, November 16th, at 12:54 AM. Born in Fort Wayne, IN on February 21, 1943, he graduated in 1961 from Huntington High School in Huntington, IN. He met his wife of 56 years, Martha, while attending Olivet Nazarene College in Illinois, where he graduated in 1969 - the year his son, Randall (Paige), was born. Both survive James and live in Tennessee. He is also survived by his sister Shirley (Omer) of Indiana, his brother Robert (Janet) of Florida, and several nieces and nephews.

A man of deep faith, he felt called into ministry as a young teenager, and devoted his life to pastoring churches in Indiana, Illinois, and traveling extensively throughout the Eastern half of the United States from Oklahoma to Upstate New York. He ministered to all ages through Camp Meetings, Children/Youth Summer Camps, Bible Schools, Revival Services, and Gospel Concerts. His ministry spanned five decades, and he became an ordained Elder in the Church of the Nazarene in 1985. Later in life he counseled for the Tennessee Department of Human Services.

James was a man of unusual talent, which he freely gave to the world. His hands drew thousands of cartoons for children who would recite a Bible verse, and created Art with chalk and pastel. His mind wrote poetry about Heaven, Pigs, and Birthday Suits. It created countless sermons, and provided everyone he met with a sly and agile wit. He had a stunning baritone singing voice that caused many speakers to "crack" under its weight. His voice led thousands of children and adults to faith, and lent a personality to his ventriloquist dummy, Reg. The fragile man he was at the end was not representative of the giant life he shared with the world. He was an Artist, Cartoonist, Writer and Poet, Singer, Counselor, Preacher and Ventriloquist. While his family on Earth is mourning him, his family in Heaven is celebrating him.

There will be no formal service at this time due to Covid-19 restrictions. In lieu of flowers, the family requests any memorials be given to Knoxville Area Rescue Ministries (P.O. Box 3310; Knoxville, TN 37927; www.karm.org).


Gentry Griffey Funeral Chapel is honored to serve the Coy family and invites you to view and sign the online registry.

Randy and Marty -- our thoughts and prayers go out for you during your loss. We have so many fond memories of Jim, his many talents, and his loving pastoral care at West Lebanon. He was a pastor that everyone around town knew and loved. May God put his loving arms around you as you re-adjust your daily lives without him.

I was so sad to hear of Jim's passing. Kelly and I talked about all the times he came to the office to pick you up and was here for hours making his rounds. You were supposed to leave us and travel with him but not travel down this road with him. I miss the both of you and you will always be in my prayers. Jim was so pleasant to talk with and I did not know the extent of his talents until now. I wish I had more time to know him better.

My thoughts and prayers are with Jim's family. Jim had an impact on all who had the honor of coming into his presence. Unlike some us his influence was always positive. He was an exceptional individual, and will be missed.

Jim sang at our wedding at Huntington first Nazarene church in 1961. He will be missed by many. A man God used! Mark & JoAnn Pasko

Sorry to hear of Jim's homegoing. I met Jim at DHS and was so blessed to work with him. Jim was a man of strong faith and his actions revealed that daily. There is a new voice in the heavenly choir today. Praying for God's peace in the coming days.

Jim will forever be in our hearts. Such a precious friend. He was a funny, witty, co-worker. Phil &Phyllis

Sorry to hear of Jim's passing. He was certainly a man of many God-given talents. I went to high school with him. Diana Bonewitz Sell

Sorry to hear of Jim's passing. He was surely a man of many God-given talents. Went to high school with him. Diana Bonewitz Sell

Marty, I am so sorry to hear about Jim. He was a lovely man. I know these past few years have been a struggle. Please know that you, Randy, and Paige are in my prayers. Love Kelly

SO VERY SORRY TO LEARN OF THIS EARTHLY LOSS. KNEW THE FAMILY WELL IN HUNTINGTON, BUT, HAVE LIVED IN SEVERAL LOCATIONS AND MISSED OUT ON THE WONDERFUL TALENTS AND BLESSINGS THAT JIM BROUGHT TO HIS WORLD. OUR THOUGHTS AND PRAYERS ARE EXTENDED TO ALL OF THE FAMILY AT THIS TIME OF SORROW.....SHARON AND JERRY SNOWDEN

The services for James have not yet been added. Please sign up below to be notified when the services are ready.

The attached photos are added to the memorial of James Richard Coy to help share their legacy.

Thank you for sharing your memory of James