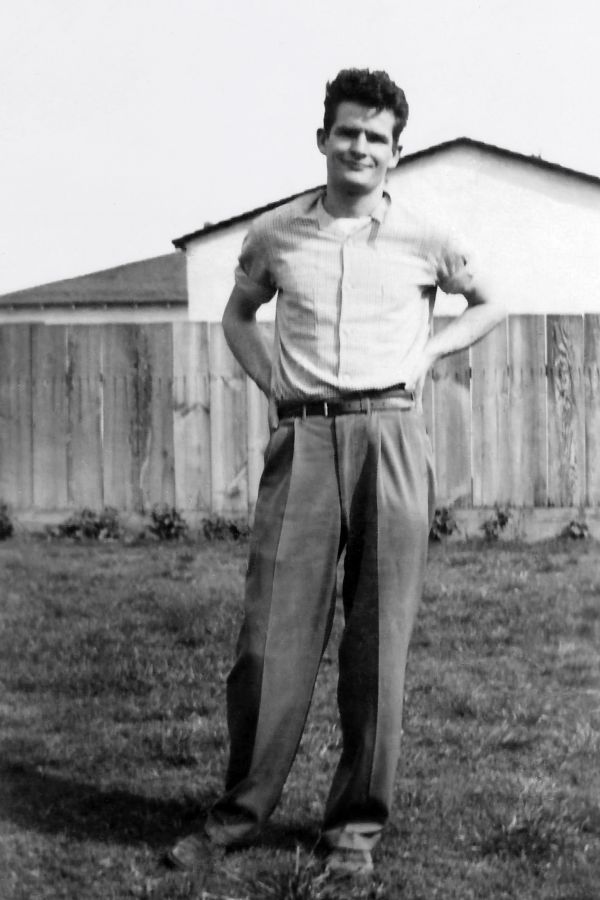 Ralph Benn, age 95, passed away on October 6, 2020 in Oak Ridge, Tennessee from natural causes. He was preceded in death by his much-loved wife of 67 years, Nell Marie McClung Benn; his oldest son, Dennis (Fredrickson) Benn of Pahoa, Hawaii and grandson, Shankar Benn of Paia, Hawaii. He was also predeceased by his father and mother, Emerson Melville Benn and Antonia (Hucsin) Benn, and his older brother, Emerson Benn.
Upon turning 18, Ralph enlisted in the U.S. Army and was a member of the famed 10th Mountain Division, operating heavy artillery pulled by pack mules in Italy during World War II. He was awarded the Purple Heart after being wounded by an enemy grenade.
After leaving the Army, Ralph had a varied career as an entrepreneur, starting off selling ice cream bars at fairs across California with Nell, then driving an ice-cream truck in the neighborhoods of East Los Angeles. With his ice cream profits, he bought and sold property in California.
Concerned about pollution and crime, he took his real estate earnings and bought a trailer park in 29 Palms, California, the "Mo-Trail Trailer Park," so that his children could grow up away from the city. After selling the trailer park, he started a furniture store in Yucca Valley, California, "Tri-City Furniture Mart", that he operated until he and Nell retired to Alpine, California.
In their later years, Ralph and Nell moved to Oak Ridge, Tennessee where they spent the past 22 years. They loved visiting their other children and grandchildren in Hawaii.
Ralph is remembered for his love of his family, always making sure they were provided for and safe. He volunteered as a swim coach for many years in both 29 Palms and Yucca Valley, California, teaching countless children the art of competitive swimming and inspiring confidence in young people.
He loved to sing, especially barbershop music, and play the ukulele. Ralph was witty, intelligent, and very much enjoyed good conversation. He loved music and art, especially landscape paintings of the desert. He was passionately interested in U.S. politics and history.
Ralph is survived by daughter Robin Benn Stoller (Roger) of Knoxville, Tennessee; his son, Daniel Benn of Paia, Hawaii; his youngest daughter, Lisa Benn Garske of Kailua-Kona, Hawaii; and numerous grandchildren and great-grandchildren.
Gentry Griffey Funeral Chapel is honored to serve the Benn family and invites you to view and sign the online regsitry.

There are no tributes yet.

We encourage you to show your support by adding a tribute above:

The services for Ralph have not yet been added. Please sign up below to be notified when the services are ready.

The attached photos are added to the memorial of Ralph Emerson Benn to help share their legacy.

Thank you for sharing your memory of Ralph