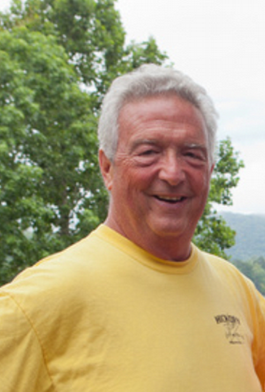 Michael Gerald Grecco, 69, loving husband and father, passed away on September 8, 2020 at his home with his wife and son at his side.
Mike, second oldest of nine, was born in Pennsylvania and lived in Michigan, Indiana, Oregon, California, Texas and Tennessee. He graduated from Purdue University in Civil Engineering and was a member of the Kappa Sigma Fraternity. He received a Master's Degree in Ocean Engineering from Oregon State University. Mike had a fulfilling career as a Professional Engineer for 35 years working in research and offshore deep-water development for Marathon, Unocal and Chevron, retiring in 2007.
Mike enjoyed the outdoors all of his life beginning with spending summers at his grandparents' lake home, competitive swimming in high school and hiking the Smokies with Boy Scouts. He chose to pursue his love of the outdoors and water professionally as an ocean engineer and privately with his family by catching waves on the Pacific Ocean, swimming in the family pool and visiting the many spectacular parks around the country. Mike retired with his wife on beautiful Norris Lake in Tennessee where his joy was exploring nature and entertaining family and friends for the last 13 years. He left us with a great legacy of wonderful memories.
Mike was preceded in death by his parents, Dr. William and Patricia Grecco; son, Mark; brothers-in-law, Dan and Rob and sister-in-law Theresa. He is survived by his wife of 41 years, Susan; son, Tony (Britney); sisters, Karen (Mike), Kathy (Bill), Nancy (Greg), Mary, Martha, and Amy (Doug); brothers, Dan (Mary), and Paul (Susie); sisters-in-law, Carol (Andy) and Laura; 9 nieces, 8 nephews, many cousins and friends.
For the safety of all, the family has chosen not to have a formal gathering at this time, but is planning special ways to celebrate Mike's life in the future.
Family and friends who wish to honor Mike may make a contribution in his name to the National Park Foundation at http://nationalparks.org/tribute.
Thank you to all who gave love, care and support during Mike's journey. Gentry Griffey Funeral Chapel is honored to serve the Grecco family and invites you to view and sign the online registry.

To Susan, Tony and all my cousins, I am so sorry and sad to hear about the loss of cousin Mike. Sending healing prayers and comforting hugs to you all. Cindy

To the entire Grecco family. I have been a friend of Karen Cornell since 7th grade. I spent a lot of my teen years with the Grecco family in their home. It was a home away from home in so many ways. I had so much fun being part of such a busy family! There was always a lot of love and laughter. He always had a smile on his face! I know he was greatly loved and will be greatly missed. I am so sorry for your loss. May God comfort you and your family and bless you with peace. Love, Carla Isenbarger Underwood ❤️

To the whole Grecco Family I am sending love and prayers. Mike was such a fun part of all those crazy family gatherings. Stay strong and celebrate this wonderful man you all call brother, father, uncle and friend.

To Susan and Tony and all my cousins,
Myself Debbie, Emily and Michael send our condolences for the loss of cousin Mike. Please know that you are all in our thoughts and prayers. Vince

The services for Michael have not yet been added. Please sign up below to be notified when the services are ready.

The attached photos are added to the memorial of Michael Gerald Grecco to help share their legacy.

Thank you for sharing your memory of Michael