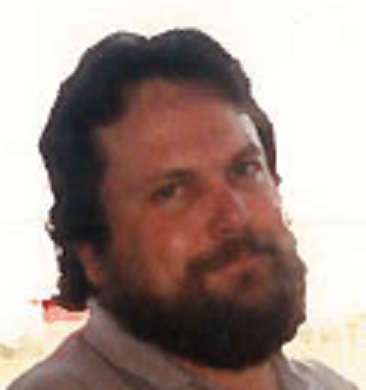 Stanley Earl Pevy ("Stan") (70), a resident of Moss Point, Mississippi, passed away on August 17, 2020, after a prolonged battle with multiple illnesses. Predeceased by his father Oliver John, and sister Vickie, Stan leaves behind many who grieve him: mother, Elsie Ruth, and siblings Jimmy and Sandra; beloved wife Lisa, their son John and his wife Amy; daughter Ginger, her husband Doug, grandchildren Drew and Niki, and great-grandchildren Wyatt and Parker; son Chuck, his wife Misty, and granddaughters Lexi and Lier; daughter Jenny, her husband Jay, and grandchildren Max, RJ and Lindy; and son Tread, his wife Susan, and grandsons Zack, Jimmy, and Robbie. A native of Knoxville, Stan graduated from Central High School in 1968 after showcasing his talents as a standout athlete in football and baseball. What followed was a life that he drank to the fullest, indulging in the breadth of human experience like few can boast. For decades, Stan rode Harley Davidson motorcycles and sported all the accoutre ma that such a lifestyle required - most notably the long beard, and even longer hair. Running with a wild and raucous crew, he rode to concerts and festivals nationwide. Stan likewise served those friends an untold number of drinks at both the Patio and Litton's, and likely consumed just as many if truth were told. For 28 years Stan operated his family-owned business, Cut Right Complete Lawncare, and he took great pride in his work. His sons can attest to that fact, citing the number of times they were each fired as evidence. Later, finding the Lord transformed his life, and with that came a calling for helping those in need which took him to such places as Indonesia, Israel, and Belize. A longtime member of Corryton Baptist Church, he joined Escatawpa Baptist upon arriving in Mississippi. Most of all, however, he loved his family, and they dearly miss him. He strove to be a better person every day, and the man that Stan became was a monument to the strength of his character and the grace of God. The lore around Stan Pevy contains endless stories, such that this paper would burst at the seams if recounted here. In short, when they built Stan Pevy, they truly did break the mold. Receiving of friends will take place on Saturday, August 29th from 5:00 to 7:00 pm at Gentry Griffey Funeral Chapel. Gentry Griffey Funeral Chapel is honored to serve the Pevy family and invites you to view and sign the online registry.

Stanley and my brother Billy were good friend from the time Stanley got here from Memphis. In the late sixties. He loved my Mom's Christmas cookies. He was like the other big brother to me. Now he and Billy are hopefully talking in heaven. My thoughts and prayers go out to all of his family. Especially Lisa and John.🙏

What a great guy Stan was. We loved him and remember the times we made popcorn for the kiddies two years in a row. Wonderful memories. Just sad that we never got to go fishing. e is missed by us and we pray for you daily Lisa and family. May God bless you all and comfort you in this time of need.

Lisa, Stan was a joy to know as are you. We love you. Joni and Bro Todd

So sorry Lisa! I’ve thought of you all often since you left town. Poor Stan was sick a while, wasn’t he? Praying for you & the whole Pevy family as you adjust to your loss😉

Lisa, my thoughts and prayers are with you and your family during this very difficult and sad time of grief in the loss of Stanley. I pray that you find strength and comfort in all of your memories of a long and loving life together with Stanley. He will live on in the hearts of the many lives he touched and the stories that will be told that will surely bring smiles and laughter to all of us that were fortunate enough to know him.

Lisa so sorry! Best tribute ever

My cousin Stanley was my first crush! As a little girl I wondered if I could marry my cousin. He was the sweetest guy. Always kind and giving of his time and good nature. We live and miss him so much. Love and prayers to you, Lisa.

So sorry for your loss. I went to school with Stanley and he was quite handsome guy. He had a great sense of humor and fun to be around.

John please know you and your family are in our prayers. So sorry for your loss. Barb Dave Sue and Elliot

John, so sorry for your loss. My prayers are with you and your family at this time. Carol

Rest In Peace Stanley, my prayers for his family. I have so many fond memories spent with Stanley and his best friend Chucky Bridges ( Gabby). We were at the Patio the night Chuck was killed. Stanley had a bad cold and Linda was about to give birth to his first son little Chuck and I had a job interview the next day is the only reason we didn’t go to Bradley Station with Chuck and Tommy Croft on that terrible night. We often talked about how lucky we were, but now I know that God had a different plan for us. I’m sure Stanley received a big brotherly hug from Chuck.

We are so very sorry to hear of Stans passing.Our
thoughts and prayers are with all the family. Our love to all ,
Rick&Susan Collins

The attached photos are added to the memorial of Stanley "Stan" Earl Pevy to help share their legacy.

Thank you for sharing your memory of Stanley "Stan"