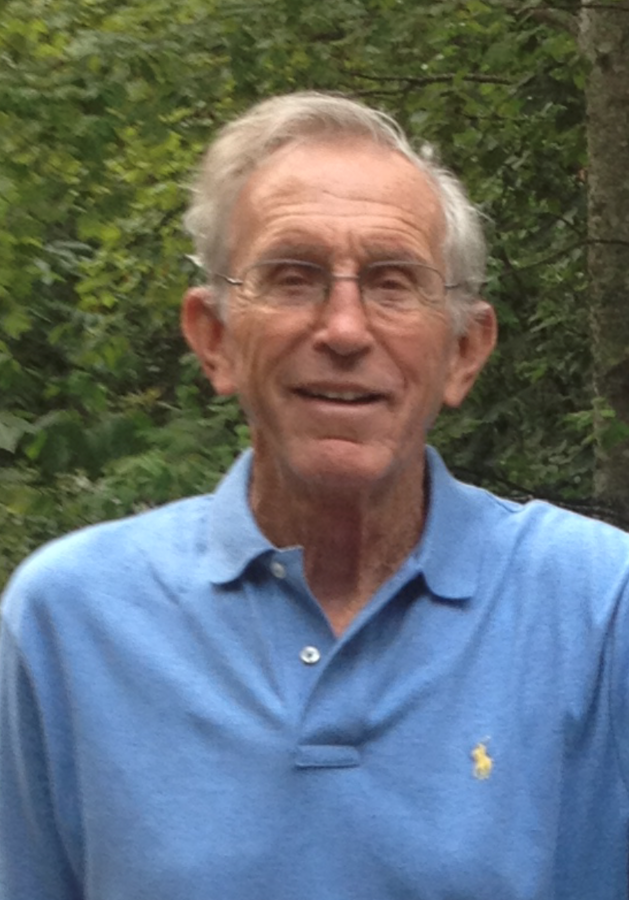 Robert Hemphill Temple, age 91, passed away on March 26, 2020 at his home. He accepted Jesus as his savior at age 21. He was a longtime member of Fountain City United Methodist Church, where he was a member of the Christian Fellowship Sunday School Class, taught Sunday School and sang in the choir.
Bob graduated in the class of 1948 from Central High School and from the University of Tennessee in 1951 with a bachelor's degree in Business. He served two years in the U.S. Army.
Bob was an avid sportsman and athlete. In high school he was named All-City Player of the Year for basketball and played on the football team. He played basketball for UT, and he remained a loyal Vol fan and member of the Orange Tie Club for many years. He was head lifeguard at Whittle Springs Pool and Knoxville City Diving Champion. He waterskiied until the age of 85 and taught many others how to ski. He excelled at tennis and won the State Doubles Championship, senior division, in his 70s. In later years, he also enjoyed hiking in the Smokies. He was a longtime member and past president of the Fountain City Sportsmen's Club. In 2002, the Halls YMCA was renamed as the Bob Temple YMCA.
Bob was a self-employed builder and subdivision developer. In this profession he sought to lift others up by teaching new skills to his employees, friends and neighbors and providing employment to those released from incarceration. His last subdivision was Temple Acres in Halls.
Service and love for others were the guiding principles of Bob's life. He was a founding member of the Fellowship of Christian Athletes in Knoxville and was awarded the Alvah Bible Influence award in 2013. The Fountain City Town Hall named him Fountain City Man of the Year in 1985. He helped build and finance several Habitat for Humanity homes in Knoxville, and was inducted into the Central High School Hall of Fame in 2012. He cherished his longtime lunch friends at Litton's, tennis partners, and fellow Sportsmen's Club members.
Bob is preceded in death by his loving wife of 68 years, Helen Boring Temple; parents, Marjory and Will Temple; siblings, Bill Temple, Jim Temple and Van Temple, and granddaughter, Tiffany Rose.
He is survived by his siblings, Marjory Temple Rogers and husband Arden and John Temple and wife Mary Sue; children, Linda Temple Wise and husband, Steve; Ginger Temple Baxter and husband, Bill; Rob Temple and wife, Sandy; grandchildren, Anne Wise Kann, Janie Thompson, Elizabeth Baxter-Stanczyk, Jennifer Reynolds, Joe Baxter, John Baxter, and Brad Rose; 15 great-grandchildren, numerous nieces, nephews, cousins, in-laws, and countless beloved friends.
The family would like to especially thank caregivers Angela Hauschildt, Margie Hauschildt, Joann Helton, and Jennifer Murphy.
A Celebration of Life Memorial Service will be held at a later date. In lieu of flowers, the family requests donations be made to Fountain City United Methodist Church, Knoxville Habitat for Humanity or the Greater Knoxville YMCA. Griffey Funeral Chapel is honored to serve the Temple family and invites you to view and sign the online registry.

Robin and I will be forever grateful for our life changing relationship with Bob and his sweet wife, Helen. Bob enabled us to own our first home by sponsoring us through Habitat for Humanity. His generosity and unselfish service made it possible for us to change our life and made our dream of home ownership a reality. We will never forget you, dear Bob and will always cherish your memory.

Dear Linda, Ginger & Rob,
I have many fond memories of Bob when at your home. May happy memories carry all of you through this time of sorrow and remembrance as they do me! Although in Houston, I will be at the memorial service in spirit.
Ron Dalton

Bob will be remembered by many. I am sorry I was unaware of his passing. May the Lord comfort and bless his family with love and grace...
Jeannine Courtney

Mr. Temple was such a nice man. He was a wonderful neighbor and anyone could tell that he was a believer in Christ. His life was definitely one that can be admired and modeled after.

Dear Linda, Ginger and the rest of your family,
We were very heartbroken to hear about Mr. Temple. He was most certainly a wonderful and amazing person in every way. Our thoughts and prayers are with you.
Maria Blankenship Schettler and HC Schettler

John, Ginger and Rob::
.
I was saddened to hear of the passing of your brother and Father. Words seem inadequate to convey the feelings of our hearts. Please know I am praying for you and all of your families. We know that we ”do not sorrow as those who have no hope” we look forward to our meeting in heaven. Praying that you will know the comfort, peace and presence of our living God until we all stand together before Him in glory. .

Sorry to learn of Bob's passing. Thinking of you during this difficult time.

EB and I were sorry to hear about Bob’s death. He was one of the first people that we got to know when we came to the Halls Community. He became a great friend. Bob would always offer words of encouragement and news about the community. He was a great man and blessing to so many!! You are in our thoughts and prayers!!

"Hail Man, Well Met" describes Bob . He definitely made a difference as he passed through this life. I have fond memories of our days of diving at the swimming pools. He was a tremendous athlete. Set the bar high in all that he did. This community will miss him.

Thank you for the opportunity to meet, to get to know Bob and act as a caregiver. While I was with him there was never an unkind word and he always met everything with gratitude. May he Rest In Peace.
Dorothy (Dotty) Ausmus

Good man, friend and Community Leader. We will miss you Bob.

Bob’s life blessed many, many people. He was one of the Godliest, kindest gentlemen I have known. He certainly left this world a much better place than he found it. Heaven is rejoicing Bob’s coming home where I am sure that he has heard the words “Well done my good and faithful servant”
Craig Beeler

Mike and I are so sorry to hear of the passing of Mr Temple. He was a fine man, who did so much, for so many. Our prayers are with your family.
Mike & Brenda Berry

Bob was a faithful disciple and a generous servant of Christ. He will be missed.

I will miss him. I spent many enjoyable hours playing tennis with Bob and our other tennis friends at the clay court at his home and at the indoor courts that he built and that are now a part of the Bob Temple YMCA. Bob was always a true gentleman on and off the court.

Our hearts and prayers go out to Bob’s family. He was truly a great man in so many ways and we are honored to have known him and been his neighbor. He will be greatly missed but never forgotten as his legacy of faith, charity and love live on. Gordon and Judye Gribble and family.

Over 40 years ago Bob led our youth group on an Appalachia Service Project to Whitley City, Kentucky. As we were preparing to go we attended a meeting at a church in West Knoxville. After the meeting we stopped at McDonalds and as we waited in line to place our order a homeless man came in and asked the man waiting in line in front of us for some money to get some food. The man in line told the homeless man if he didn’t get away from him he was going to smash his face. Bob stepped up took the homeless man by the arm and told him to come stand with us. When we got to the counter Bob told the man to order anything he wanted. That experience changed my life. Bob knew exactly what to do and say. Because of Bob I became a more compassionate person. Bob lived out his faith in Jesus and his witness will be with me for the rest of my life. A life well lived Bob!!!

Linda, Ginger, Rob and family are all in our thoughts and prayers during this time. Wish we could hug you one and all.

I remember Bob always being at the Central high awards assembly every year to give an award in honor of his high school English teacher. For a number of years she was there to be recognized. As a teacher I was touched and thought what a special honor to give someone. I was privileged to teach a herd of his grandchildren at Central. They did him proud.

Our condolences to the Temple family. Ginger I’m so sorry. Your parents were so sweet & nice. I remember when we were in elementary school coming to your birthday party and you were having a sleepover. My dad only allowed me to spend the night with someone two times while growing up. Your party was one of the two and that was because of your parents. He knew your parents were good people & it would be alright. Rob, Sandy, Ginger, and Bill my thoughts & prayers will be with you & your families.

So many good experiences together! One of the best was a scuba diving trip to Grand Cayman with my son. Such a fine person at all times. Memories to cherish and hold to. Sympathies to all the family.

Truly a life well lived. Our prayers are with you all!

Our condolences on your loss. Bob and Helen were always so kind to us and were gracious and humble models of servant leaders. Bob will be missed by many. Our prayers are with you.

To Linda Wise, Ginger Baxter, and Rob Temple,. I am so sorry for your loss of your sweet, caring, and a good friend to so many. He always wanted to help others and cared for others. My thoughts and prayers are with your family!

The services for Robert have not yet been added. Please sign up below to be notified when the services are ready.

The attached photos are added to the memorial of Robert Hemphill Temple to help share their legacy.

Thank you for sharing your memory of Robert